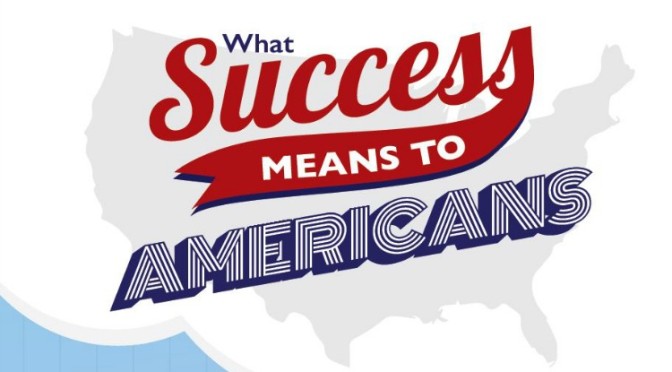 The Strayer University Success Project has challenged you to re-imagine success and ask yourself what this concept means to you. Success can be anything you take pride in and that brings you closer to achieving your dreams. Have you ever wondered how your definition of success compares to other people’s interpretation? What does success mean to Americans as a whole? You might be surprised how many different responses there are to the question. Did you know, for instance, that 90%* of Americans believe that success is defined by happiness more than money, power, and fame? Or that 54%* of people who consider themselves to be successful say they have a strong and supportive network of family?

Success means something different to everyone, but we are finding that many more people define success by holistic, overarching achievements and a general sense of self-fulfillment as opposed to monetary or material gains. People are recognizing that affluence is just one individual marker of success and not an all-encompassing symbol of achievement. What are some other ways in which you can succeed? There are many paths to—and definitions of—success, and to illustrate just a few of those, we commissioned this enlightening infographic. Check it out below to see what success means to Americans, and see where your own measurements of success fall in!