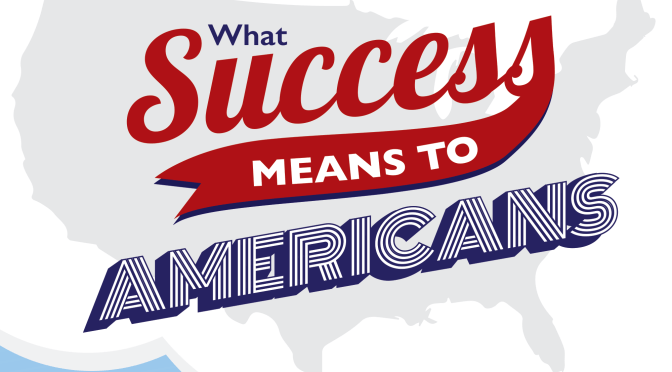 When you were a child, what did you dream of becoming when you grew up? A police officer? A parent? Maybe a teacher? If you think back on that time, your idea of a perfect and successful life wasn’t based on any ideal income or number of employees you would oversee. A successful future meant one where you had a fulfilling and happy life with the chance to help others.

Stayer University set out to answer a question – What does success really mean to Americans? What we learned is that 90% of Americans believe success is more aligned with happiness than with power, possessions or prestige. Despite what the Merriam-Webster definition reads, success is better measured by the quality of relationships, feelings of self-fulfillment, and the achievement of personal goals rather than “the fact of getting or achieving wealth, respect, or fame.”

At Strayer University, we believe that there are many definitions and paths to success and we felt the official dictionary definition should also reflect this notion, thus ‘Readdress Success’ was born. The Readdress Success initiative is more than just a campaign to change a dictionary definition, it’s a movement towards turning inwards and thinking about what success really means to you. As part of the campaign, we’ve launched a petition on Change.org to fix the definition of success. For each signature collected, we’ll make a donation to Dress for Success, an international nonprofit organization that promotes the economic independence of disadvantaged women by providing professional attire, a network of support and the career development tools to help women thrive in work and in life. To sign the petition, join the conversation and see other Readdress Success content, visit www.strayer.edu/readdress-success.

We believe, and we know now that most Americans would agree, that success is not measured by the amount of money in your pocket or the title you have at work. Success is measured by that warm and empowering feeling you hold when you’ve reached your goal, reconnected with a close friend or family member, or achieved a life-long dream. When you were a child, you didn’t dream of becoming a police officer, parent or teacher because it would make you rich. You dreamt about that life because it would make you happy and provide you with a chance to make others happy as well. We believe it’s time Merriam-Webster’s definition of success reflects that feeling and we hope you’ll join us in this powerful movement.